With its lighthouse the Lizard is the most Southerly point of the British Isles.The lizard is famous for its local Serpentine rock, a unique metamorphic rock Which dark green veined with red and white. There’s been a lighthouse here since .1619; the first one was demolished in 1630 .The present lighthouse was finished in 1751; it consisted of 2 towers with a cottage in between. Trinity House took responsibility of the lighthouse in 1771.The tower which is 19 metres tall has a light that has a range of 26 nautical miles (48km). Certain times of the year and depending on the weather conditions  you can go on a guided tour around the lighthouse. They take you to the top of the tower and if you like you can go for a walk around the balcony.If you go there look out for the Cornish Chough, this bird belongs to Crow family. It’s black with a striking red curved bill, I haven’t been lucky to see this bird yet, but I will keep looking.


One place to visit is situated on the south east coast is the picturesque fishing village of Coverack, with its large crescent shaped beach with is ideal for swimming and windsurfing. The harbour is made out of the local green serpentine rock. There’s only a handful of shops, couple of tearooms and a few restaurants and a pub called the Paris Inn.  Overlooking the beach is St Peters church it was built around1885. The church and burial ground were consecrated on
20th August 1885.

When I’m down on the Lizard one place that I always have make a visit to is Roskilly’s Farm, here they make their own, Fudge, Preserves and Organic Ice Cream, which they have over 40 flavours. My favourite has to be Hokey Pokey which is vanilla Ice Cream with bits of honeycomb in it. If you’re feeling hungry you can get a good selection of food in the croust house restaurant, also in the restaurant that have a selection of stained glass window which were made by members of the family. Once you've had something to eat you can work it off by going on the nature trail that's there. Before you leave I would pay a visit to the cow shed where you might find newly born calves, after that you can go into the milking parlour where you can watch the cows being milked.

Next place is Mullion the largest town on the Lizard, one place to visit here is on the way to the harbour it’s called Mullion Meadows, it consists of a coffee shop, Cornish arts and crafts and Trenance chocolate factory where you can watch chocolate being made. When you reach the harbour you will find a small slipway and the harbour with its stout walls which were completed in 1895 on the slipway you can still see the net store and the wooden fish cellar.

Next we move onto Church Cove at Gunwalloe where you will find St Winwaloe church.it is said to be probably the closest church to a beach than any other. Tamarisk surrounds this unique Church, what makes it unique is that the bell tower is detached from the church and is built in to rock. By the porch there’s a figure of St Winwaloe, in the churchyard you will find graves to sailors who lost their lives on the nearby rocks and to a German aircrew who plane that was brought down in the 2nd World War.

About a mile south you will come to Poldhu cove where Marconi sent his first message across the Atlantic in 1901. There's a small museum near the Lizard lighthouse and it's made to look like how the original Marconi radio room once looked. 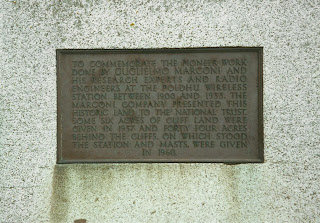 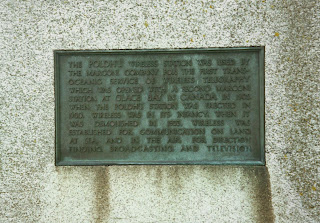 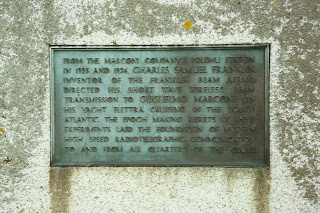 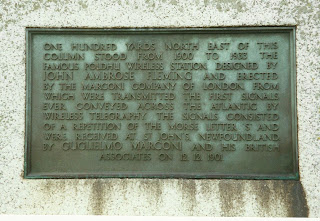 My final place on the Lizard is the Royal Naval Air Station Culdrose also known as HMS Seahawk. It currently has 3 major rolls, serving the Fleet Air Arms frontline Sea Kings and Merlin Helicopter Sqns , provides Search and Rescue for the South West region and training divers for the Royal Navy. On certain days of the week during the summer and early Autumn you can take a guided tour of the Naval Station, I would highly recommend it as there’s always aircraft going in and out.

All photos taken and owned by DD Pearce of Darrin's Photography