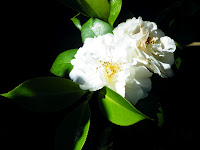 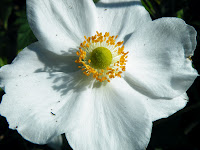 I would like to tell you about an amazing Lady that I met at Victoria Coach Station on 4th May 1987. Kathryn Ann Stagg was born on 1st August 1964 to Lawrence and Veronica Stagg at Hengrove in Bristol, she was Baptised on 29th November 1964 at St Martins, Knowle. 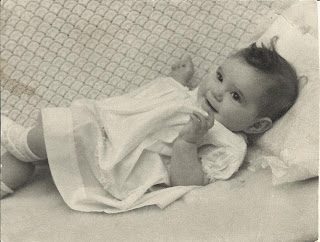 Kathy attended Hengrove Secondary school from 1975 to 1981, she left after passing her GCE 'O' Levels in English Language, Principles of Accounts, Biology, History, Geography and passing her CSE in English Literature, French, German and Mathematics. Kathy then went onto further education at Brunel Technical College in Bristol from 1981 to 1982 where she got her City and Guilds 709 Hotel Reception, after getting her qualifications she went to work at the Arnos Court Hotel, Bristol where she became Head Receptionist. Between 1984 to 1990 Kathy joined The Bristol United Press where she became a Sales Canvasser, she then left the company in 1990 to move to Newbury.
In June 1991 she joined The Newbury Weekly News as a Deputy Telesales Supervisor, then in 1992 she got promoted to Telesales Super, then in 1996 Kathy was promoted to Advertisement Supervisor and in 1997 she left to take up Part-Time work. In November 1997 Kathy took up a Part-Time position at Newey & Eyre, then in March 1998, she was made redundant.
In May 1998 Joined Aramark as a Sales Researcher, she left the company after being made redundant in October 2002.
In 2002-03 Kathy joined West Berkshire council and she was there until her passing in March 2012.
When Kathy Passed away I received plenty of cards from her work colleague at the West Berkshire Council saying "how much they missed and she was always there to help them out and they missed her happy face in the morning when they went in". Hearing that made me so proud her, until this day when I meet some of her ex-colleague they still say" when their trouble we always say, Kathy would know what to do".
A Chance Meeting

On Saturday 4th May 1987 I was with a couple of friends making our way back to catch a coach after seeing Tottenham Hotspur thrash Manchester United 4-0, seeing we were a bit early for our my coach we decided to go for a walk and it was a good job too.
We walked past this Gorgeous young lady and her friend and straight away she caught my eye, when we got back to the coach station she was there with her friend, so we got chatting and all we found out was that she and her friend worked for a newspaper in Bristol. When we got back to Newbury we found out a couple of addresses for two newspapers in Bristol and wrote a letter saying" we would like to get in touch with these two female Tottenham supporters, so we sent the letters off, two weeks later we got a reply and from then on we were a couple. We had only been going out for just over 3 months and on my Dads birthday 20th August she asked me...yes asked me to marry her and I wasted no time telling I would be honoured. Next morning she teased me by saying "I was drunk and can't remember". I remember some of the people she knew said: "It won't last as you've only been going out for a few months". We set a date of 15th October 1988 and the wedding would take place at St Peters Church in Portishead, and the reception would be held at The Cadbury Country Club Hotel at Watton. At the time I was working as a Postman delivering mail to Headley in Hampshire and Kathy was working in Advertising for The Bristol Evening Post. We decided that just before we got married I would move down to Portishead.  Then the big day arrived and I couldn't wait to marry this wonderful person, I remember that morning I wasn't one bit nervous. My best man was my Brother Keith and Kathy had six Bridesmaids made up of three of her Nieces and three from my side, they were from her side, Rochelle, Sarah and Leanne and from my side, Emma, Lisa and Michelle and her Best friend Kay was the Maid of Honour. The day went like clockwork and I was the proudest man on Earth. Our first two nights as a married was at the Avon Gorge Hotel which looked on to the Clifton suspension bridge. We spent our Honeymoon down in Cornwall and for that Time of year, we had two gorgeous weeks. In 1990 we decide to move back to Newbury where I rejoined the Royal Mail and Kathy got a Job in Advertising on the local newspaper The Newbury Weekly News, then in October 1992 when I was getting over a major operation after having a tumour removed from my hamstring we found out that Kathy was expecting a baby due to arrive in early August, so then it was "what names will we get for ?" in the end we choose if it was a Girl it would be Rebekka Ann or if it was a Boy it would Benjamin Darrin. The time of finding that a baby on its way we had just moved into a new one bedroom house, talk about bad timing. Then in the early hours of 22nd of July 1993, Kathy waters broke and on the 24th July Rebekka Ann Pearce was born at  12.07am weighing in at 7lb 2oz and from that day she had me around her little finger. We were married for over 21 years and we had plenty of ups and downs, but this just made us stronger, we hardly argued in all those years. In that time Kathy had a couple of miscarriages which wasn't the best of times. Kathy enjoyed going down to Cornwall and to Greece for her holidays, she liked nothing better than sat overlooking the sea with a pint in her hand.

Kathy was a loving, caring and thoughtful sort of person, my side of the family took to her as soon as they met her, my sister said: "Kathy is like a sister she never had".
Kathy liked going out for a drink and having something to eat, when people came around to our house she would always have food in the freezer and the 10 mins that the people were going to stay turned into 5 hours.
Kathy liked nothing better than to be sat out on the patio looking out over the fields at the bottom of the garden with a glass of wine in her hand and also have some candle burning.

In the middle of January 2010 Kathy was walking to the car and slipped on the snow, next day she was complaining of a pain in her chest, we weren't too concerned as we thought she had pulled a muscle. On Sunday 17th January we went down to Clevedon in North Somerset to visit her Father who was Celebrating his 80th birthday, little did we know what the next few days would have in store?.
The following day Kathy went to see her Doctor who sent her to the Royal Berks Hospital in Reading, that day we had some X-Rays done and she would stay in Hospital overnight.
On Tuesday 19th January whilst I was visiting her the Doctor came to see her, we were given the devastating news that some small shadows had shown up on her Lungs and they thought she had secondary Lung Cancer and it was probably terminal. The news came as such a shock we couldn't believe it, after a few tears Kathy composed herself. When I went up to collect the next day she told me "since I received the news I've been making plans of my funeral", she knew what music she wanted and where she wanted her ashes buried, this is the sort of woman Kathy was.
The problem was they couldn't find where cancer had started, she had some more scans done up in Reading and they still couldn't see anything until a specialist notice a small shadow on the X-Ray of her buttock. In February Kathy was referred to the Nuffield Orthopedic Hospital in Headington, Oxford, she had some more scans and a biopsy done, she was then referred to the Churchill Hospital in Headington, Oxford.

We got the results back from the biopsy and they found out she had a very rare tumour, the spooky bit is that I had the same rare tumour in my leg back in 1991 and was told: "only one in forty million people have this tumour". In the middle of February, Kathy decided she wanted she The Phantom of the Opera one last time, so on the 9th March 2010 we went up to London for the day and finished up at Her Majesties Theatre.
﻿﻿﻿
﻿


On Saturday 13th March Kathy's Mother came up to stay with us for the week to give her rest from looking after Kathy's Father who had dementia, we were going to do a lot that week. On the evening of Sunday 14th, Kathy started to feel unwell she was having trouble breathing, so we called the Doctor and he sent her to Hospital, she came back home the same day, that night she slept downstairs in a chair with me as her breathing trouble had come back.
Next morning she was a lot better so I decided to go into town and leave Kathy at home with her Mother when I came home Kathy had taken a turn for the worse and that night she was taken up to the Royal Berks. Kathy was released on Tuesday 16th March and in the early hours of Wednesday 17th March, she left home for the last. When I went up on that day I was told that Kathy was seriously ill and the tumour on her Lungs had grown a lot, they moved her to room 21 and that was my home for the next days.
In early hours of the 22nd March Kathy became restless and at one point she could see a little girl standing at the end of her bed, then at 4.10 am she suddenly sat up and starting to go forward and I managed to catch her before she fell on to the floor and little did I know that was to be the last time I would hold her.
At 4.20am on 22nd March 2010 Kathy passed away, I had not only lost a wonderful Wife but a good friend. I know I will never meet another person like her. I still wear her wedding ring on a leather cord around my neck and I'm still very proud to call her my WIFE.

Celebration Of A Life

Kathy's funeral was held on 30th April 2010 at the West Berkshire Crematorium, the service was taken by Clare Grove of the British Humanist Association.
My Brother Keith read out my personal tribute, my Sister read out Rebekkas, Clare read out the personal tribute on behalf of Kathy's family and last of all my Nieces husband Tony read out a moving tribute which had everyone in tears.
One of Kathy's request was that people should wear bright colours or Football shirts, I wore my Tottenham Hotspur shirt, she would have been surprised how packed the Crematorium was.
After the funeral drinks were had at the Jack Russell in Faccombe, Hampshire. 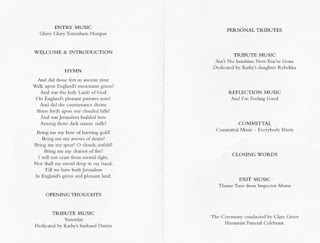 Kathy's ashes were interned on 12th May 2010 in St Johns Churchyard, Stockcross, the short service was conducted by Revd John Toogood
﻿﻿﻿

Kathys Poem
Kathy, you are the first sign of Spring
Your smile is the warmth of the Summer sun on my face
You're the sparkle on the Blue Sea
You're the gentle Summer breeze
You're the star in the sky
You're the tear in my eye